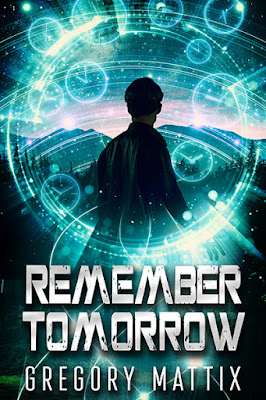 
Posted by Gregory Mattix at 3:20 PM No comments: 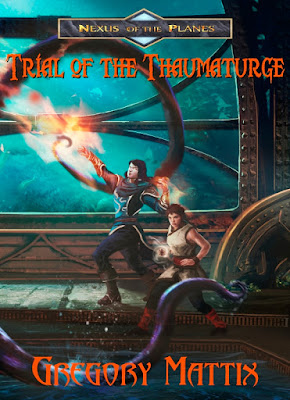 Trial of the Thaumaturge, the epic conclusion of Scions of Nexus, is now available!!  Get it on Amazon and read for FREE with Kindle Unlimited!

Time is slipping away for the Kingdom of Ketania, now under siege and teetering on the brink of destruction, following a crushing military defeat at the hands of Nesnys’s invading army. Queen Sianna Atreus has been captured, and the heroic rescue effort mounted by Dakarai Creel has failed.


Taren and his companions, Mira and Ferret, return from Nexus to discover the Balance has shifted dramatically and the fate of the kingdom lies in their hands. Taren’s magical talents have flourished under the Lady of Twilight’s tutelage, and he’s grown in both power and control, yet he faces an impossible test against overwhelming odds.


The heroes and their allies must rally the kingdom before the sinister plans of Shaol, Lord of the Abyss, come to fruition. To stop Shaol’s minions, they must journey to long-forgotten planes, racing against time while battling Nesnys’s forces every step of the way.


Bound together by friendship, loyalty, and duty, the companions soon discover that the price of victory may prove to be the ultimate one.

Posted by Gregory Mattix at 12:12 PM No comments:

Experience The Way of Pain 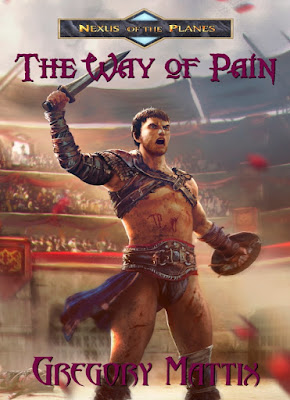 I'm pleased to announce that Scions of Nexus book 2: The Way of Pain is now available here on the Amazon Kindle Store (read it for FREE with Kindle Unlimited).

War rages across Ketania as the demon Nesnys wreaks bloodshed and destruction at the behest of her master, the evil god Shaol. But the war is only a cover for a more insidious plan—one that would result in the total destruction of the plane of Easilon and bring the entire multiverse under Shaol’s dominion.

Taren struggles to control his magic and avoid capture by enemy agents as he fights to reach Nexus of the Planes. There, he will seek out his mother, the mysterious Lady of Twilight, hoping to gain her insight into the daunting destiny that awaits him, as well as her tutelage for his talents. Elyas fights in the war but is captured on the battlefield, where he attracts Nesnys’s sinister attention and is sent to the brutal Pits of Leciras and forced into the life of a gladiator. When tragedy strikes, Princess Sianna Atreus abruptly finds herself the last of her line and rightful queen of war-torn Ketania. Taren’s staunch companions face their own tribulations along the way as Ferret undergoes a life-changing transformation and the monster hunter Dakarai Creel must embrace his true destiny.

The heroes’ struggles continue against seemingly insurmountable odds as they desperately seek to find a way to save the kingdom and prevail over the forces of evil.

Posted by Gregory Mattix at 11:50 AM No comments:

An all new adventure in the Nexus multiverse! 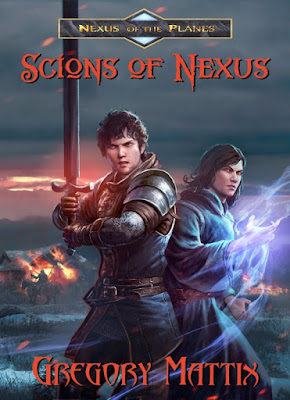 I am pleased to announce Scions of Nexus is NOW AVAILABLE in the Amazon Kindle store and free to read with Kindle Unlimited! Find it HERE.

Many thanks to my artist Leo Borazio for the amazing cover art!


Twenty years have passed since the Battle of Nexus. Although the forces of good prevailed, evil never rests, and bitter hatred spurs an overwhelming desire to destroy the Lady of Twilight and wrest Nexus from her control at all costs.

Taren and Elyas, the sons of legendary heroes, yearn for more than their simple life: for Taren, to follow in the footsteps of the parents he’s never known and discover magic and adventure; for Elyas, to escape the shadow of his father Wyat, the mighty warrior, and find his destiny as a soldier in the king’s army.

When war, driven by the fiend Nesnys’s thirst for revenge, unexpectedly engulfs the kingdom, Taren and Elyas are forced onto the path of adventure under circumstances they never envisioned. Their fates encompass great challenges and hardships as the gods once again seek to manipulate their pawns and influence events that will affect the entire multiverse.

Here's a high-res version of the map for Scions of Nexus (click to enlarge): 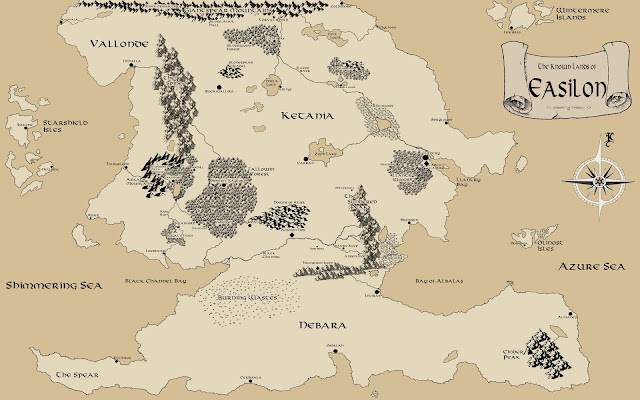 Posted by Gregory Mattix at 7:15 PM No comments:

Wow, it's hard to believe November is already here!  The holiday shopping season is cranking up into full gear and soon it will be Christmas and New Year's - yikes.  I wanted to break the recent silence on here and provide an update on my latest work.  I'm currently working on Scions of Nexus, the follow-up series to Nexus of the Planes.  It takes place 20ish years after the first series and some new faces will take up the fight against the bad guys.  I've got a draft of book one out to beta readers now and book two is coming along fairly well.  Based on feedback I'll adjust fire as necessary and if all goes well, hope to have the first book coming your way in early spring.  I also have a few short stories/novellas in various stages of completion, with more begging to be written, all of which will likely show up at some point in the future as another volume or two of Nexus Tales.

I'd like to give a shout out to everyone who's enjoyed the journey thus far and say thank you for your support and reviews and word of mouth.  You guys rock!  Hope everyone has a great rest of 2017!
Posted by Gregory Mattix at 12:22 PM No comments:

Journey Deeper into the Planes with Nexus Tales 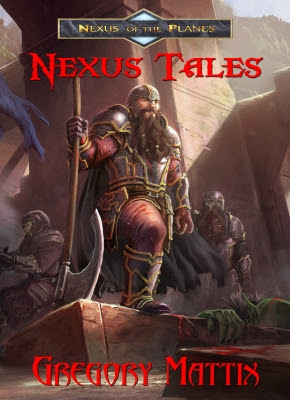 Journey deeper into the planes with this collection of short fiction featuring earlier adventures of the heroes of the Nexus of the Planes trilogy, along with an introduction to Dakarai Creel, a major new character from the upcoming successor series to Nexus of the Planes.

Nera and Arron get more than they bargained for when they journey to a rain-soaked plane and attempt to steal a magical dagger from a mage. Their mission seems simple enough, but their luck runs out when they are captured and sent to the gallows.

Waresh Hammerhelm leads an expedition to retake Torval’s Hold, a fabled stronghold that fell under mysterious circumstances centuries earlier, in a bid to discover a truth buried in the past and win the respect of his father, the king.

Nera, Arron, and Wyat’s search for the cause of the slaughter of a village leads them to an isolated monastery where they learn of an ancient curse unleashed. Time is running out to prevent the evil from spreading.

Dakarai Creel is a monster hunter, a fugitive of Nexus, and a lone traveler who wanders the realms and pits his sword and wits against the evil creatures the law has no means or interest in dealing with. He takes on a contract to find some missing villagers who are disappearing one by one, but how can he fight a malevolent killer who hides in plain sight and leaves no trace?

More of the past and motivations of the two retrieval officers, Haskell and Vhijera, are revealed in two intertwining tales of high adventure.

Now available on Amazon. Read for free with Kindle Unlimited!

Posted by Gregory Mattix at 7:34 PM No comments: