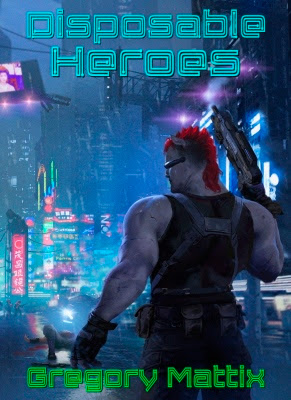 Posted by Gregory Mattix at 11:19 AM No comments: 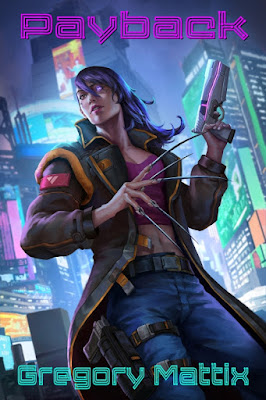 And lo and behold I've even updated my Extras page with said Sneak Peek (I know it's been FOREVER since new stuff appeared in there). Head on over HERE to check it out - I hope you enjoy!
Posted by Gregory Mattix at 12:36 PM No comments:

Beat the COVID blues - social distance yourself by embarking on all new adventures! 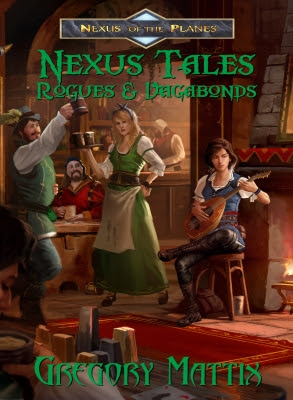 I am happy to announce that Nexus Tales: Rogues & Vagabonds is now available!  Find it here on Amazon.  Kindle Unlimited members read for FREE!

Set forth on all-new adventures featuring characters from the Scions of Nexus and Nexus of the Planes trilogies in this exciting collection of fantasy short fiction.

Ferret has vowed to become a bard and faithfully tell tales of the true heroes of the War of Ketania. She has also sworn off adventuring for good. But when the mentor Ferret seeks to apprentice with abruptly disappears, she discovers adventure isn’t done with her after all.

After Dakarai Creel thwarts an assassination attempt on a noblewoman who has fallen on hard times, he finds himself drawn into a deadly contest with an immortal tyrant that will end with only one of them walking away.

When a boy disappears from a local farm, it’s up to the locals to muster a search party. Taren and Elyas join Wyat and Arron on the hunt to track down a monster with a taste for human flesh.

A mysterious name on a dying man’s lips sets in motion events that send a young acolyte to the temple of Ellorya in search of help. A contingent of Sol’s faithful must answer the call and battle an ancient evil lurking in the darkest reaches of a dying world.

Aninyel, a newly minted King’s Blade, is called upon to investigate the killing of a family living deep in the remote forest. She must battle both the weight of expectations and an annoying stirring in her heart as she sets off with a conniving rogue to confront an ancient and deadly foe.

Following the conclusion of the War, Taren sets off with a heavy heart to lay to rest the remains of the dearly departed, hoping to find some inner peace along the way.

Posted by Gregory Mattix at 1:03 PM No comments:


Hey there, hope everyone is having a good 2020 so far!  I realized I haven't posted an update for a while, so thought now would be a good time to do so.

For those Extensis Vitae fans out there, I've got something in the works you might like: a new sci-fi novel, along with an accompanying novella!  The book will be what I like to call a Xenopunk adventure - think cyberpunk with alien hybrids running around who have more or less integrated into future society.  I'm hoping to get the pair published in Q4 of this year.  The novella, being a prequel, could come out a bit sooner, though I'll have to see how everything turns out.

But first, Nexus Tales: Rogues & Vagabonds will be arriving very soon, as in hopefully by the end of this very month!  The second volume in Nexus Tales features familiar faces from the Nexus of the Planes and Scions of Nexus trilogies.

This is probably overdue as well, but I thought I would post the recommended reading order for all things Nexus, since both volumes of Tales do contain spoilers.


The Twilight City
Doors of the Dark
Dawnbringer

Nexus Tales (optional - can also be read after Scions trilogy)

Scions of Nexus
The Way of Pain
Trial of the Thaumaturge


That's about all for now - stay tuned for updates.

Posted by Gregory Mattix at 12:19 PM No comments: